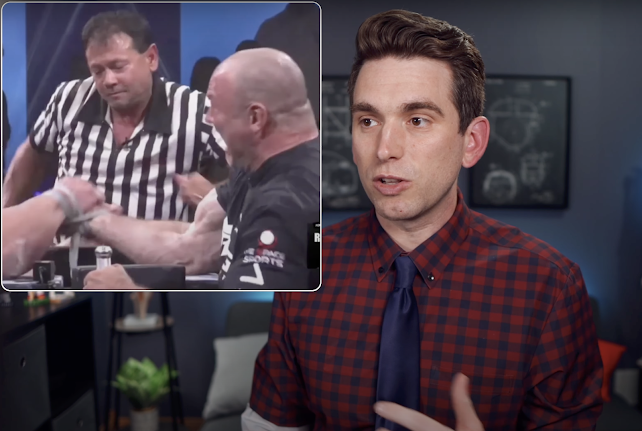 "In one of the greatest arm wrestling matches of all time, Devon Lariat suffered a biceps injury vs Levan Saginashvili. In this video we'll take a look at what happened and the anatomy of this injury.
Read more »
Labels: Devon Larratt, Editorial, Levan Saginashvili

Bill Collins on KOTT4 changing rules before the event and Levan vs. Devon match 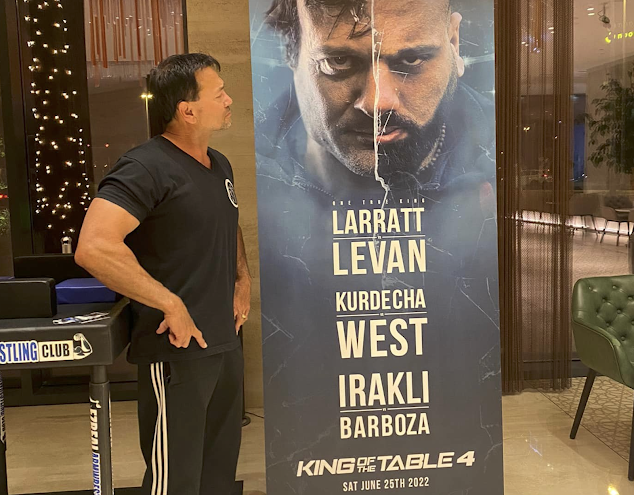 Photo: Ultimate Armwrestling League / Bill Collins
A Head Referee of King of the Table 4, Bill Collins on Core Sports' latest event in Dubai.
"Going into the KOTT 4, I learned a few valuable lessons, lessons that had challenge.
You think you're doing the right thing when someone asks to do an interview, when they put their own spin on the interview, just to get views it causes havoc, havoc that puts you at question, the social media platform can be a harsh and brutal.
The second, when the main stream rules get modify, days before the event you have to roll with the changes and having a specific individual bash your integrity puts you @ question, it also puts stress and pressure on the referee and the puller…
Read more »
Labels: Bill Colins, Devon Larratt, Editorial, KOTT, Levan Saginashvili

Engin Terzi in the newest video on YouTube channel shares his opinion about the ranking subject and explain why The Russian athletes have been temporary remove from his ranking.
Read more »
Labels: Engin Terzi 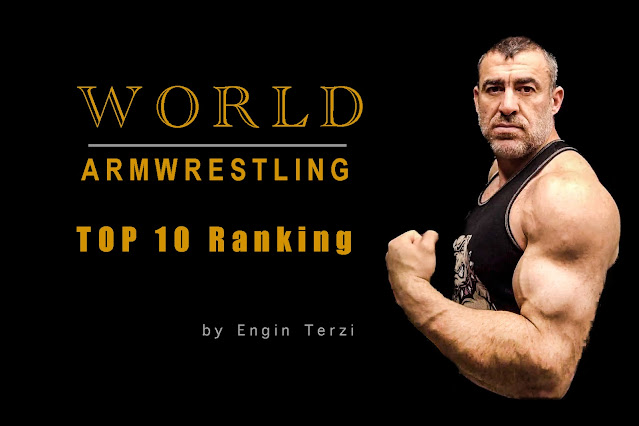 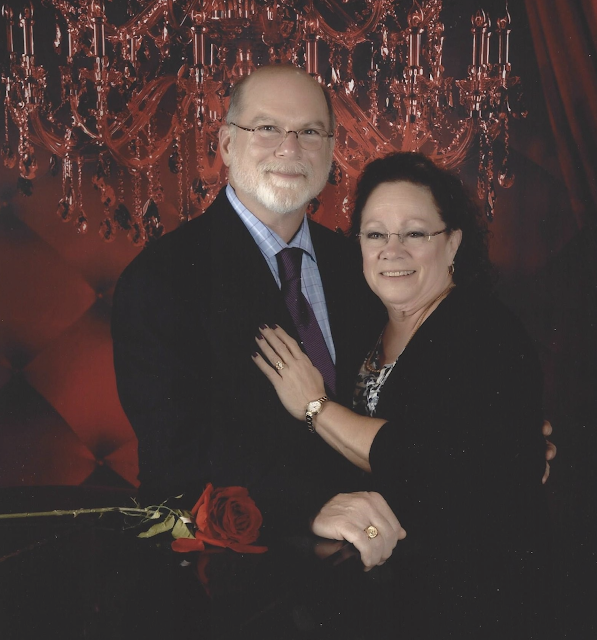 Photo: Frank and Karen Bean
UAL President Bill Collins wanted to do something special at the Patterson Apricot Fiesta arm wrestling tournament this year to honor the memory of the late, legendary Kenny Hughes.
Frank and Karen Bean of the American Armsport Association made sure Collins had exactly what he needed.
After Collins put the word out on social media that he was looking to do a Kenny Hughes Memorial Overall Champion Award, the Beans let him know they would be donating a commemorative award on Hughes behalf.
“Frank and I met Kenny many years ago when he was very young and were very impressed with him. He had a natural talent that few possess in this sport,” Karen Bean said. “Every time we saw him, he would always have a smile on his face, a hug for me and a handshake for Frank. He let us know how much he thought of us and appreciated our work in this sport. Kenny will be missed tremendously.”
The popular Hughes death in a tragic motorcycle accident in February shocked the arm wrestling community.
Read more »
Labels: AAA, Bill Colins, Karen & Frank Bean, Kenny Hughes, Rick Banas, UAL

Depends where the wind is blowing from ... 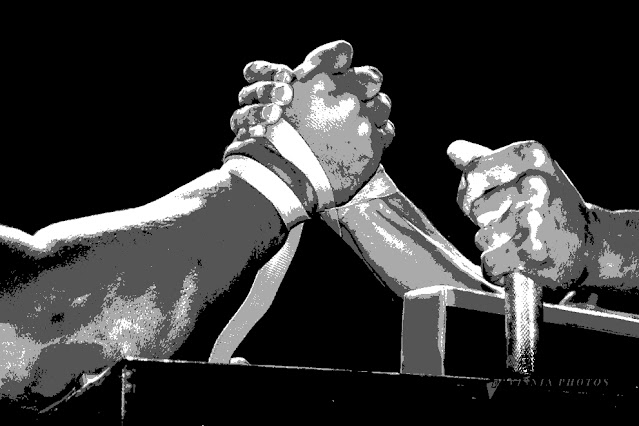 Depends where the wind is blowing from. Yes, this is the first thought when it comes to King of The Table (KOTT) rules. Every event involves a new change to the rules. Competitors really don't know what exect rules will apply during their fights, even they have signed the contract. Usually a day before the event they have a presentation what rules will be used this time. 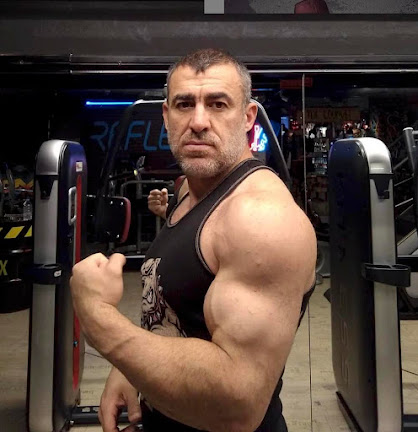 I have great news for the whole armwrestling community, especially for athletes, a Top 10 Overall World Ranking will be run by Engin Terzi. 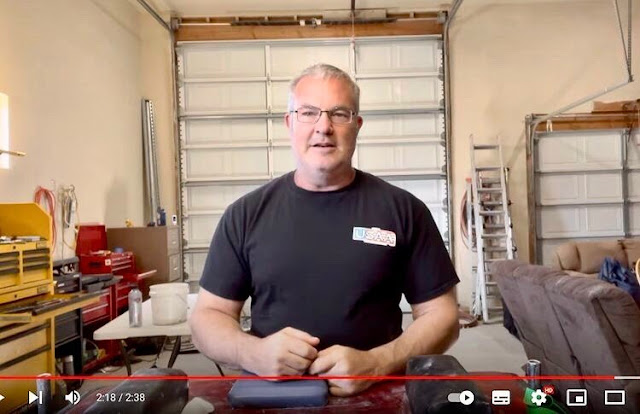 "1st Place in EVERY Senior/Open wins $1,000 towards IFA World Championships in France
To qualify athletes must get 1st place in a Senior/Open division at IFA Nationals in Irving, Texas 6/25-26 and must go and compete at IFA worlds in Dieppe, France 9/26-10/2 in the class that they qualified for. If an athlete qualifies in more than one class ei: R and L, they DO NOT get additional $1,000.
Read more »
Labels: Bon Brown, IFA
Older Posts Home
Subscribe to: Posts (Atom) 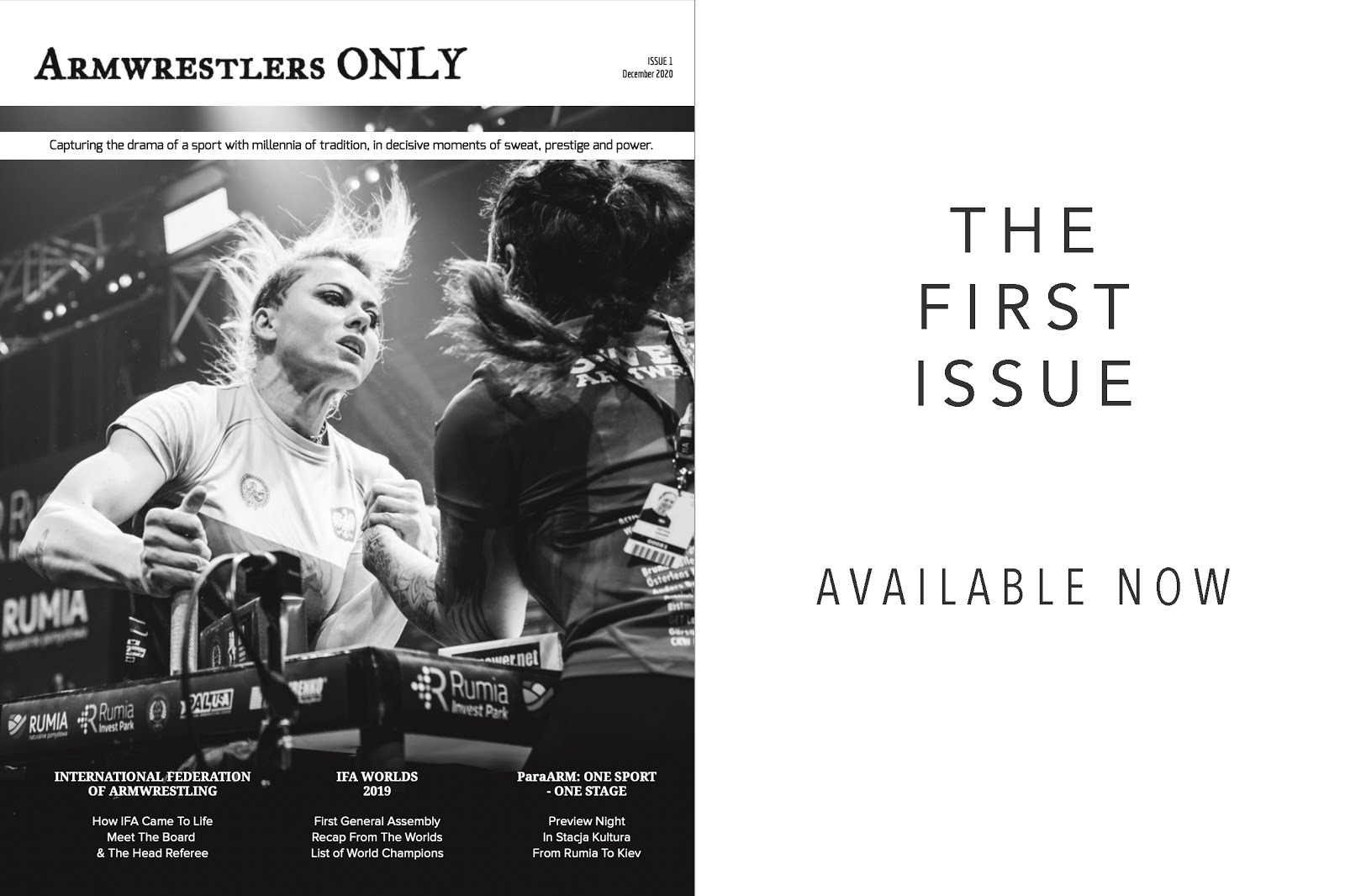 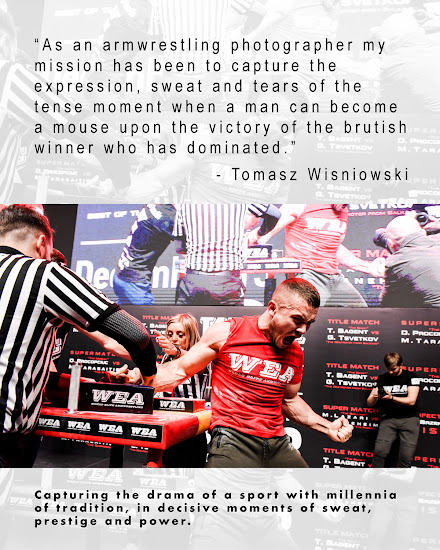 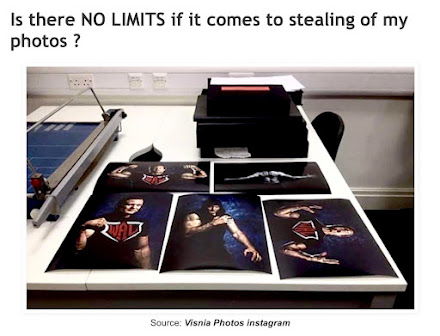 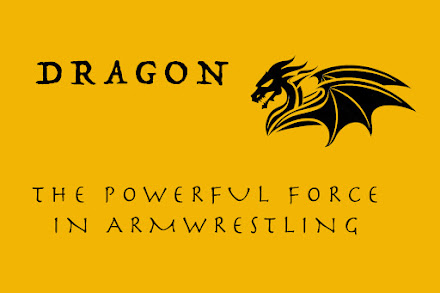 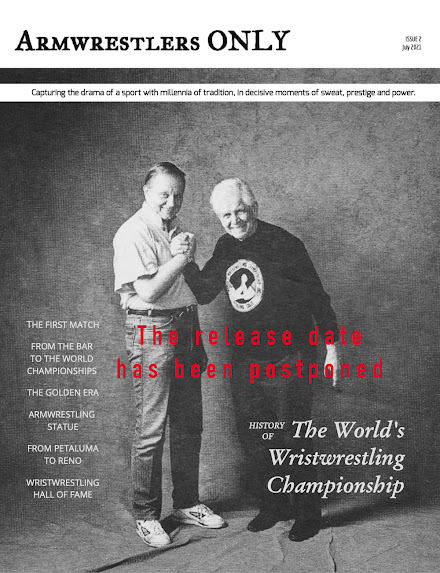 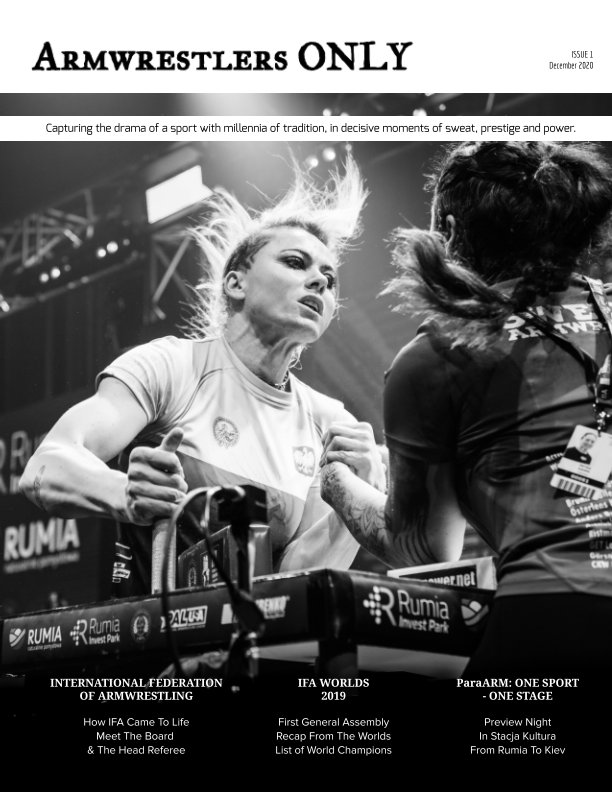 Another stolen photo by iGNORANT 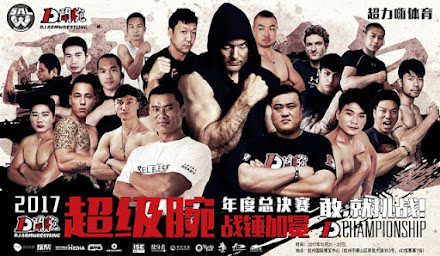 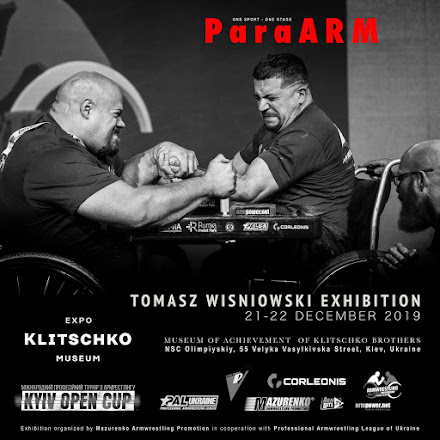 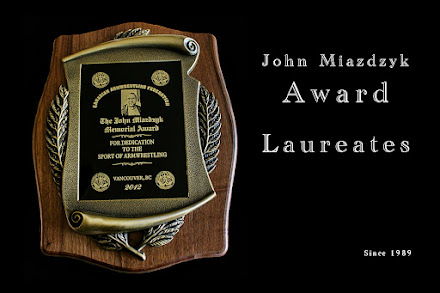 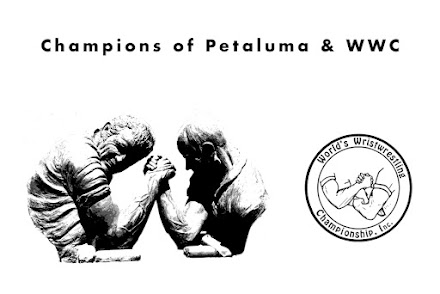 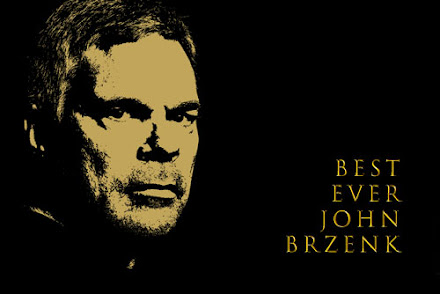 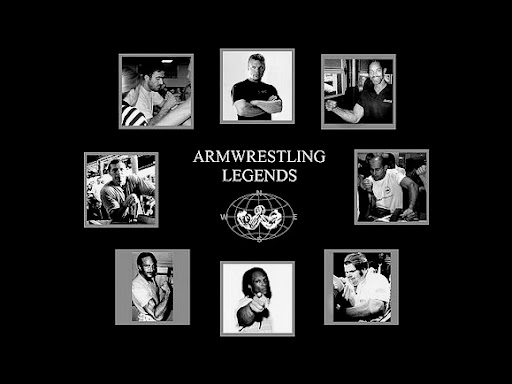 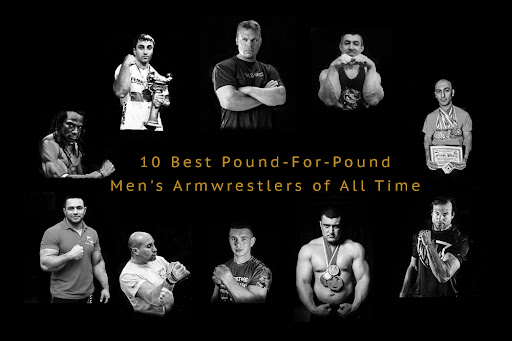 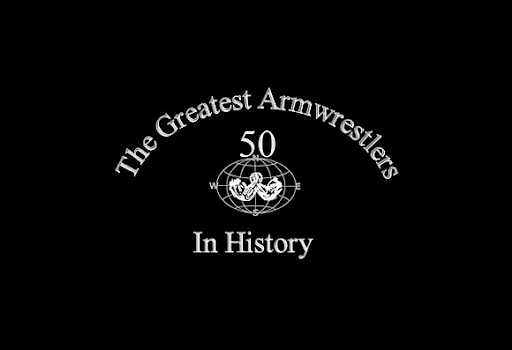 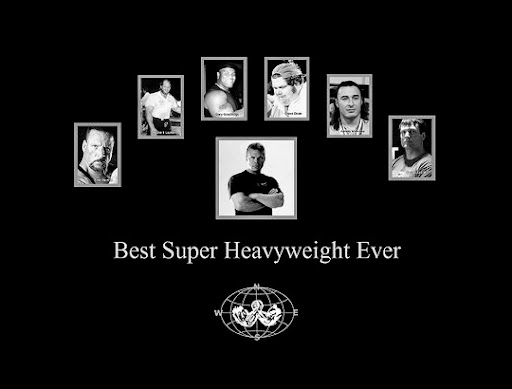 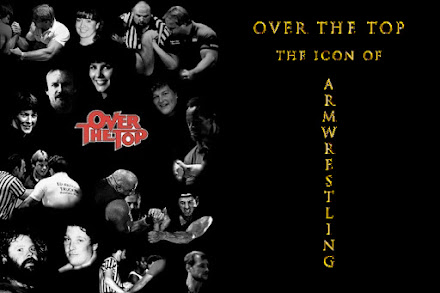